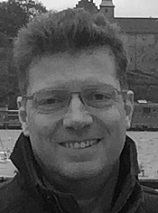 David Lowther is Partner & Country Director DAMSON Group (Singapore). He is Strategic Advisor in the energy industry. He has a wide range of senior leadership experience and has held Vice President and C-Suite roles in eminent companies like Subsea 7, Samsung Heavy Industries and BP Exploration, encompassing business growth, organizational restructuring and transition management - all with P&L responsibility. His formative years were spent substantially in EPCI Project Management in the Asia Pacific Region, with some 15 projects successfully executed in 9 countries, including one of the first major deepwater gas developments in Asia.

He has had direct P&L responsibility for up to $1 billion of work under contract annually over the last 8 years, whilst also overseeing restructuring and post merger integration of workforces of approximately 700 personnel at different junctures due to the recent challenges facing the global energy business.

David has extensive international experience, having lived and worked in a number of countries, where he has successfully assimilated into the various working cultures and local environments, with a strong focus on local talent acquisition, development and mentoring. He has also been responsible for establishing and developing businesses in Middle East, Asia Pacific and Africa. His projects working locations include Philippines, Brunei, Malaysia, Vietnam, Indonesia, Taiwan, China, South Korea, Australia, New Zealand and UK.

David did his BSc (Hons.) Civil Engineering from University of Edinburgh, and is Member of Institute of Marine Engineers.