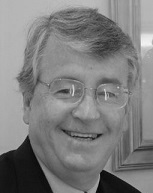 In the last few years Andy Andrews has served as Academic director on senior Executive programmes at MIT in Boston and is a Visiting Professor running senior programmes at Business Schools in Asia and China. He has studied at the universities of Rhodes, Cape Town, Harvard and Stanford and completed his PhD while a Visiting Scholar at Harvard Business School, 1978/79. Under his leadership as Dean during the 1980s, the Graduate School of Business at the University of the Witwatersrand in Johannesburg rose to be recognized as South Africa's leading business school.

He has also had extensive 'real-world' business experience and has held positions in sales, marketing and general management. After resigning as Dean of the Wits Business School and leaving the University of the Witwatersrand in 1989, he started The Graduate Institute of Management and Technology (GIMT), South Africa's first private Business School and which offered the Henley MBA programme. He was elected as President of the Harvard Business School Club of South Africa in 1984 and still served in that capacity until June, 2008.

In 1996 he sold a major portion of the highly successful GIMT into the consortium which was listed shortly thereafter as Educor Ltd. on the Johannesburg Stock Exchange. He served as Deputy Chairman of Educor Ltd. and resigned from the Educor board in February 2000. He has, and still serves on several boards of directors, and is currently Chairman of the highly successful Paracon Ltd. which is listed on the JSE. He consults with major companies and teaches in the fields of finance and corporate strategy in South Africa, Europe, Asia and the United States.

He has published many articles in academic and professional journals and has received several awards for academic and teaching excellence including South Africa's 'Most Admired Business School Professor' on several occasions and was chosen as one of South Africa's 'Four Outstanding Young South Africans'. He is co-author of the bestselling book 'Who Moved my Share Price'.